…by forging this letter.

McNaughton did a Google search for University of Minnesota letterhead. The fake offer had to look real.

He filled the document with details, which together amounted to a wish list for a career that he thought he deserved: Minnesota would give him a $107,500 salary — a nearly $30,000 bump, 3,000 square feet of lab space, and $1.7 million in research support. 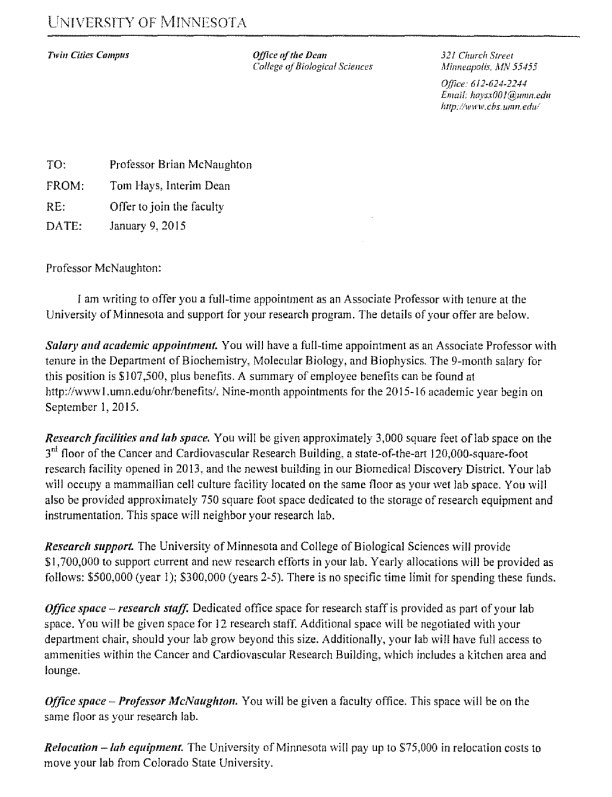