The fine libertarians of Southpark do an oopsie:

In a case of life imitating art imitating life, the Chinese government has purged all references to South Park from the country’s highly restricted internet—following an episode of the show that criticized Chinese censorship.

“Band in China,” the second episode of the show’s 23rd season, satirizes China’s heavy-handed crackdowns on free expression. The kids attempt to make a biopic about their new rock band, only to discover that they need to sanitize the plot to appease the Chinese government. Meanwhile, Randy Marsh gets sent to a Chinese prison, where he meets Winnie the Pooh—a reference to China’s odd attempts to clamp down on the beloved bear for its supposedly resemblance Chinese President Xi Jinping. The episode also castigates Disney for making artistic concessions in order to remain in Chinese markets. “You gotta lower your ideals of freedom if you want to suck on the warm teat of China,” one character says.

Unsurprisingly, China has not responded favorably.

Fortunately, they know how to grovel.  Hope this gets them back in good graces! 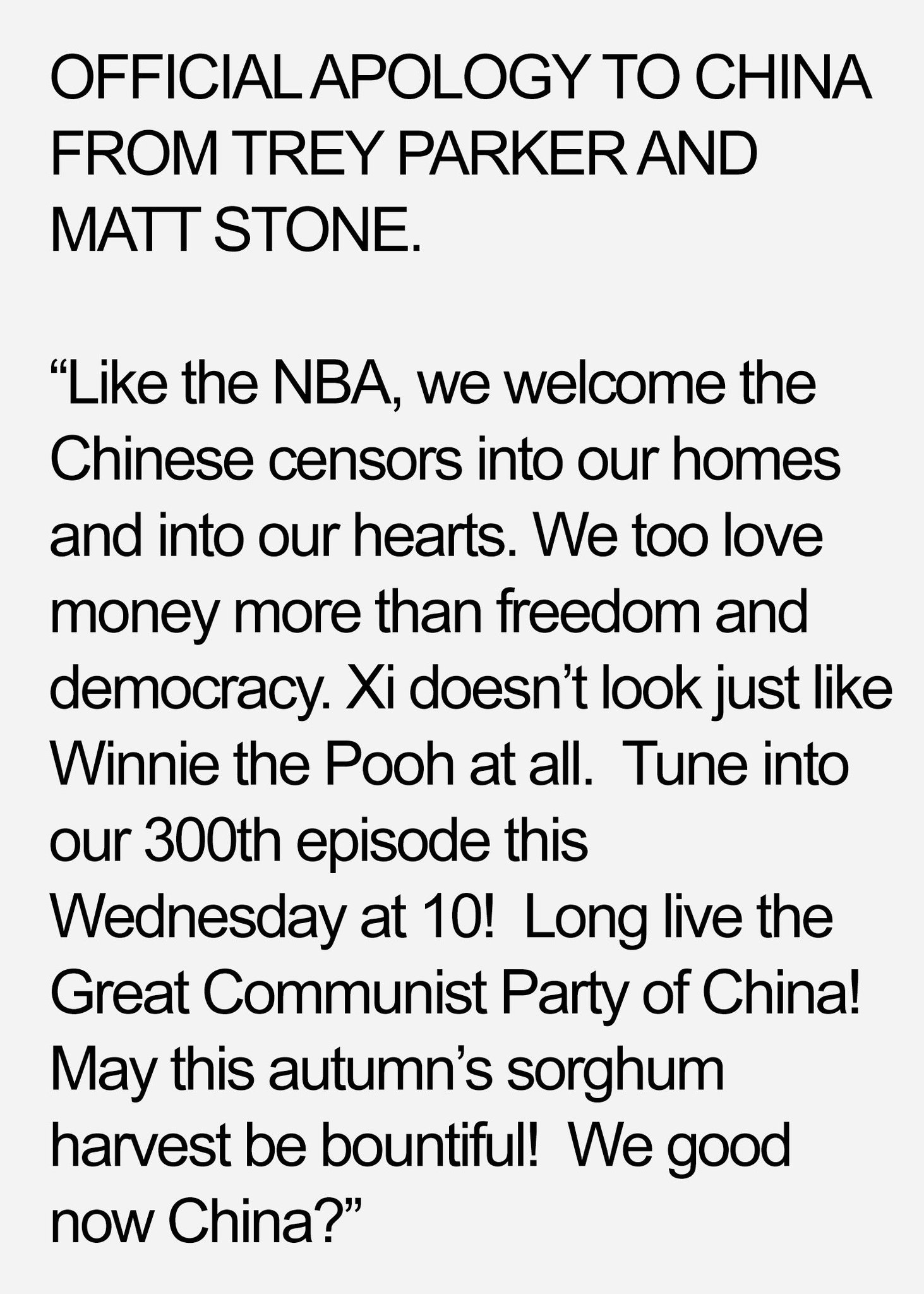