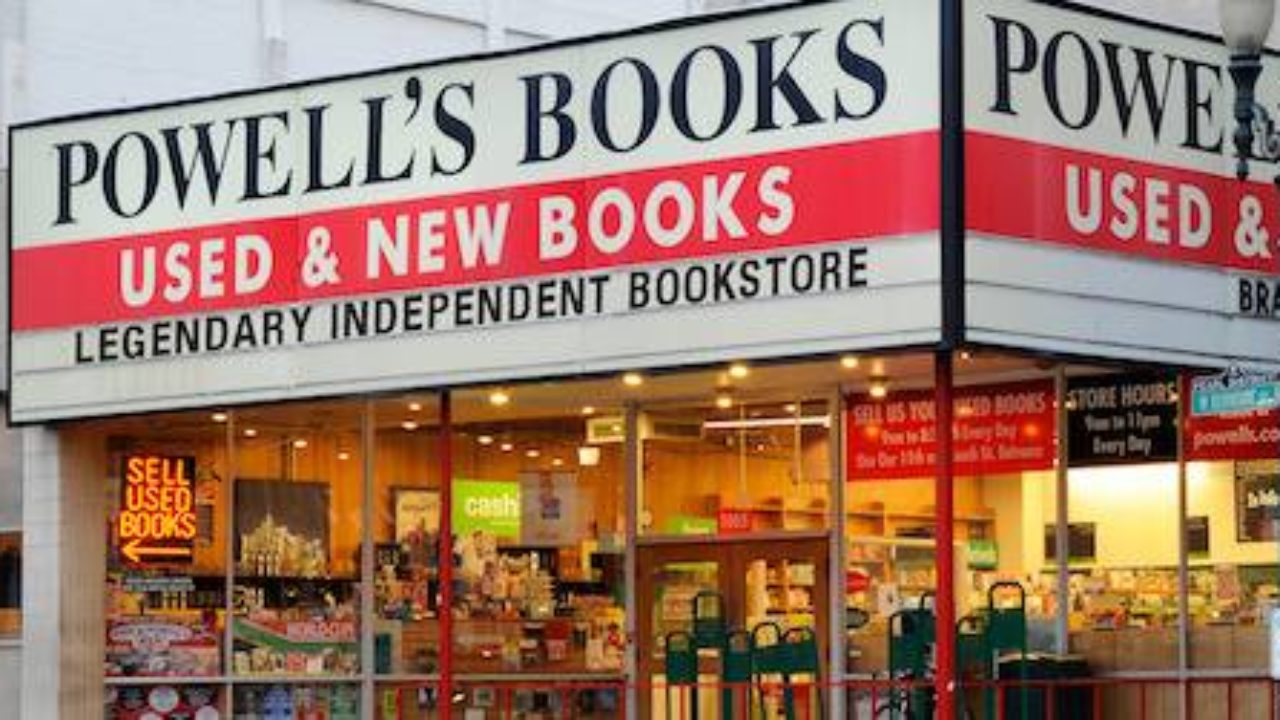 So I went to a bookstore in Portland as part of a short vacation trip with my Dad. It was Powell’s books which is truly a great bookstore. Three or four stories of anything you could want but Limbaughs’ latest book. The new age shamanistic ritual section was especially fun and expansive.

By far my favorite was the Northwest section, they really did have lots of hard to find books about the local history and architecture and the sheer uniqueness of Pacific Northwest. It was refreshing to find a selection of books that wouldn’t be readily available in any other part of the world. I hope a visitor to Chengdu Sichuan can visit a bookstore filled with odd books about Sichuanese stuff that she has never heard about before.... [Read More]

So this is Christmas in the Pacific Northwest. 630am, driving north the see the grandkids in Seattle. Travelling that morning reduces traffic congestion by about 100%. Wonderful breakfast on the road and rolled in to celebrate with the three girls.... [Read More]

Been a while, but here goes….

No doubt some of you have seen this before, please hold your knowledge of the exact answer for a while or contact me via private text.... [Read More]

Earlier today, on the last day of 2019, Ratburger.org blocked the 500,000th attempt to pollute the site with spam comments or to register new user accounts in order to make spam postings.  As of this post, the total spam blocked has already climbed to 500,254.

The site opened to the public on December 10th, 2017, and thus has been in operation for 752 days.  There have, then, been an average of 665 attempts to spam the site per day over that period.  The vast majority of these have been caught by a plug-in we run, Stop Spammers, which checks the IP address and E-mail address of users attempting to register an account against a number of blacklists of known spammers, and also enforces correct use of the HTTP protocol which some high-volume spam robots violate in order to hit more targets per second.  In addition, thousands of other suspicious attempts to access the site have been flagged and rejected manually—these do not appear in the totals above.... [Read More]

Zoning law is kinda my thing. And in all the municipal ordinances and model ordinances I’ve worked with over the years, the jewel in the crown of the zoning structure has always been the Single Family Residential District. R-1. That meant you could only build a detached residence for one family, on a lot sized as large as the municipality could get away with designating without being in danger of having the ordinance invalidated as exclusionary. No heavy industry (horrors!) no intense commercial uses, although institutional uses like churches and schools were usually accommodated. So mote it be, ever since the US Supreme Court blessed the concept of zoning in 1926 in Village of Euclid v. Ambler.

The definition of “family” became a fraught issue during de-institutionalization of the mentally and physically and addictionally challenged, with their advocates wanting groups of them to reside in, well, residential, zones, and the neighboring homeowners wanting that not so much. Most ordinances I’ve encountered defined family as any number of people related by blood or marriage, but no more than five unrelated persons provided they lived together as a single housekeeping unit. This was generous; in Village of Belle Terre the US Supreme Court had indicated, at least in dicta, that the number of unrelated persons who could reside together in R-1 might be limited to only two. It used to be all about preserving splendid isolation, so long as the municipality somewhere provided for cheaper and denser types of residences. Americans, famously, wanted “elbow room”. Isn’t that why Dan’l Boone and his ilk pushed ever Westward?... [Read More]

Don McLean went on Tucker to explain the meaning behind the song American Pie. This blew my mind. Won’t ever trivialize that song again and why aren’t intelligent song writers like this having hit songs anymore.

Here are my picks for the best books of 2019, fiction and nonfiction. These aren’t the best books published this year, but rather the best I’ve read in the last twelve months. The winner in both categories is barely distinguished from the pack, and the runners up are all worthy of reading. Runners up appear in alphabetical order by their author’s surname. Each title is linked to my review of the book.
END_OF_DOCUMENT_TOKEN_TO_BE_REPLACED

Just a simple question, what was the most consequential thing of 2019?

Your response can be about your life or the world in general. It is fun to see person’s perspectives. ... [Read More]

The year 2019 is almost over, and unless somebody slips one in at the last moment, we can sum up activity in orbital space launches over the last twelvemonth.  Here are orbital launches (some of which placed more than one satellite in orbit) by country of launch, in decreasing order by number of successful launches.  Specifying “country of launch” is simultaneously significant and somewhat sloppy: three Soyuz launches were conducted from the European spaceport in French Guiana, and are counted as European despite the rockets having been made in Russia and sold to Arianespace, which launched them.  Six Rocket Lab Electron launches performed from their Mahia site in New Zealand are listed under New Zealand despite Rocket Lab’s being (for regulatory, export control, and bowing to the empire purposes, nominally a U.S. company).  Russian launches from the Baikonur Cosmodrome in Kazakhstan are, however, listed as Russian, as the launchers are manufactured in Russia and launched by personnel working for Russian companies or military services.

This came up on my video feed. If you haven’t watched it catch a few minutes of her talk. Anywhere on the video will be good.

The surest way to change a person’s mind is with a rock.

Apologies to Dime if he was signed up for today’s.  If he was, consider this TOTD #2.

We were having a discussion on one of Mike LaRoche’s excellent college football posts that drifted into the realm of sportsmanship.  There were 2 specific threads to that:... [Read More]

Another installment of May, 2002 photos taken over three weeks, in Venice, Pisa, Florence, Rome and Pompeii.  Lighting is far from optimal, but ya get what ya get when visiting.